Here’s our unsuccessful application to take on the directorship of the Centre culturel suisse (CCS) in Paris in 2017. Random Institute regularly shares its failed projects online. Some weren’t ripe yet, some were flat-out rejected, and some just didn’t make any sense at all. But each of them were part of a process that brought us new ideas.

The application was originally written in French. This version can be requested as a PDF by email.


Art is most powerful when it pushes past borders, disciplines, and any other established category.

I see the Swiss Cultural Center as a place where contemporary Swiss creation can express itself beyond the typical borders of artistic disciplines. Art navigates between forms and formats, with exhibitions being only one possibility among many. The performing arts can be understood beyond the stage, film beyond dark rooms, architecture beyond forms and functions, and literature beyond texts.

I see the Swiss Cultural Center as physical space with a digital extension. The experience of visiting the center can continue on digital platforms, which would help promote the Swiss art scene through new means and make it potentially accessible to every visitor on the planet.

The project’s communication strategy should address visitors who are familiar with the center, as well as readers of Phare and professionals from the Swiss and French art scenes. I also firmly believe in the importance of reaching a larger public, notably newer generations who discover art online: artists, students, the curious, Swiss or not, Parisian or not, people who aren’t necessarily involved in Franco-Swiss relations but who are interested in new forms of artistic creation and a high-quality, experimental, and multidisciplinary space. The Swiss Cultural Center should become this space.


If art is where disciplines cross paths, interact, and complete one another, one question remains: where do they all gather? There is likely no better, or more intimate, place for them to do so than in a library. 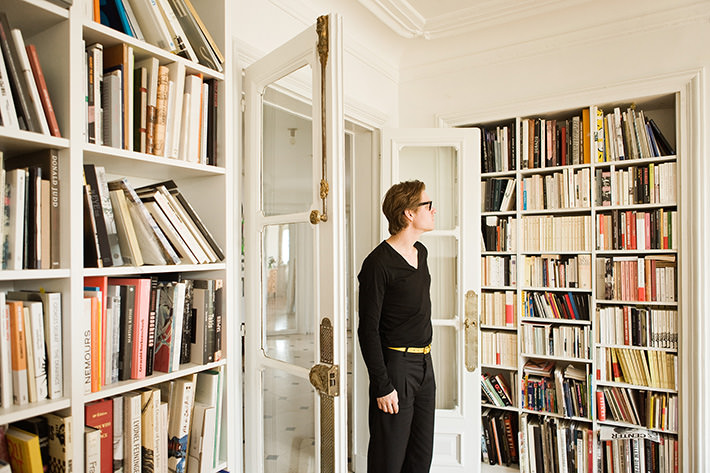 That’s why the library would take center stage and function as a starting point for many of the elements set to make up the new Swiss Cultural Center. Private libraries are mysterious, variegated, and deeply revealing of their owners. From novels to poetry, essays to graphic novels, the books that inhabit our shelves are unique in their subjects, genres, and forms. They reflect our lives, our backgrounds, our education, our careers, our hidden passions and past obsessions. Libraries are always collective, multiple, and versatile:

If you can browse a book, shouldn’t it be possible to browse a library, too? Much like books, personal libraries can be commented on, analyzed, and developed into objects of interpretation.

The starting point for the Swiss Cultural Center would be Swiss private libraries that have one thing in common: they all tell a story. This program would explore a number of questions raised by the books, and themes, that inhabit them.

A program about private libraries would…


Developing a program about private libraries 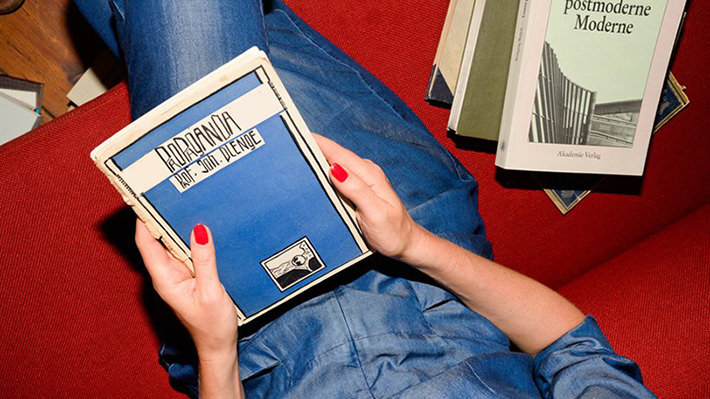 A library can contain novels, essays, poetry collections, art books, plays, dictionaries, travel guides, magazines, and personal documents. These different forms could be drawn from in collaboration with each library’s owner, the Swiss Cultural Center’s team, and selected guests to produce a number of proposals for interdisciplinary projects.

Each trimester, the Swiss Cultural Center could highlight the library of a Swiss public figure. This person would generally be someone working in the arts: artists, curators, writers, architects, musicians, designers, filmmakers… A special emphasis would be placed on linguistic and regional diversity, as well as on different genres and socio-cultural backgrounds.

Possible proposals, or how a program based on books found in libraries could branch out into other disciplines:

How can a library spark new ideas? 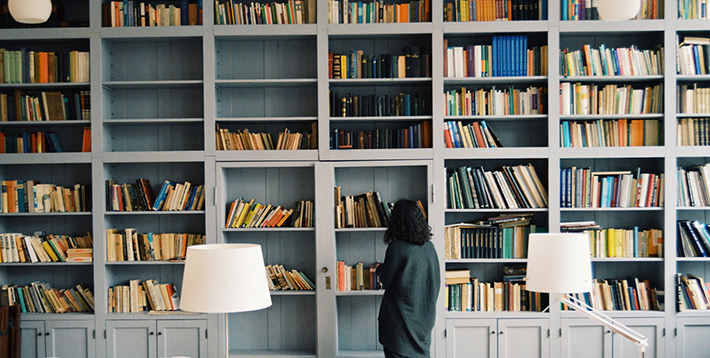 Collective and individual exhibitions should continue to make up an important part of the Swiss Cultural Center’s program. Here are a few ideas for exhibitions using the Center’s spaces that I see potential in:

Given that this program is based around private libraries, literature would take center stage. Several options are possible here.

Music / theater / dance and beyond

The music program is currently partnered with the Montreux Jazz Festival and the Swiss Music Prize. These partnerships would be maintained. Programs for dance and theater would also need to be developed. A specialist with knowledge of new works in dance and theater could be hired to support the performing arts program.


The internet has had a considerable impact on culture across the world. It has transformed and continues to transform the way our societies communicate, as well as the ways artists develop and transmit their ideas.

The internet has had a considerable impact on culture across the world. It has transformed and continues to transform the way our societies communicate, as well as the ways artists develop and transmit their ideas. I’d like to push the Swiss Cultural Center’s mission forward by increasing its use of new technologies, whether through a digital communication strategy or the creation of new digital projects. 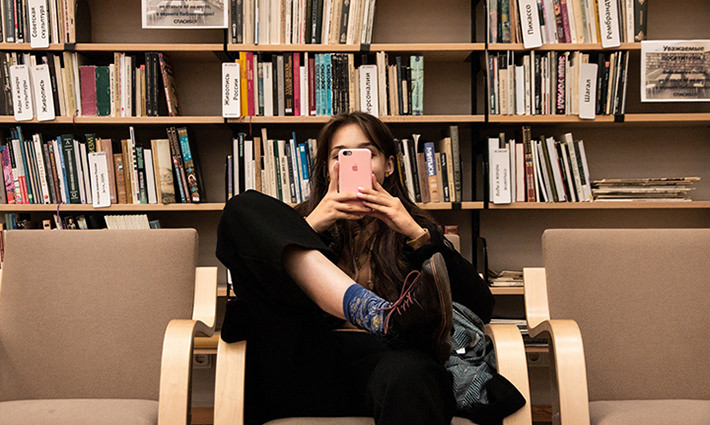 I see this happening in two main ways:

Digitalization has had a lasting impact on the production and distribution of cultural goods and services. If music, film, and literature have gone through considerable changes since the arrival of digital platforms, the same can be said of the visual and performing arts. These days, the organization of a show or an exhibit is only one way among many to present a work of art. Thanks to digital platforms, new forms of dialogue between works and spectators are now possible.

The digital sphere shouldn’t only be seen as a way to promote culture, but also as an additional space that culture can take root in. The Swiss Cultural Center could use digital platforms to build an innovative program aimed at creating new exhibition formats, capable of reaching new audiences beyond borders as well as audiences who are limited by mobility impairments or who can’t attend exhibitions in person for logistical reasons.

Here are a few examples of possible digital programs:

Digital communication is a powerful resource. A high-quality digital strategy can significantly increase the Center’s field of action. To encourage the public to take an interest in culture, it’s important to target the place where they spend much of their time: in front of a screen. Here are a few possibilities for developing the Center’s communication tools:


How can a cultural center continue to promote Swiss artists internationally when it won’t have a space to host them in during its two year-long renovation? 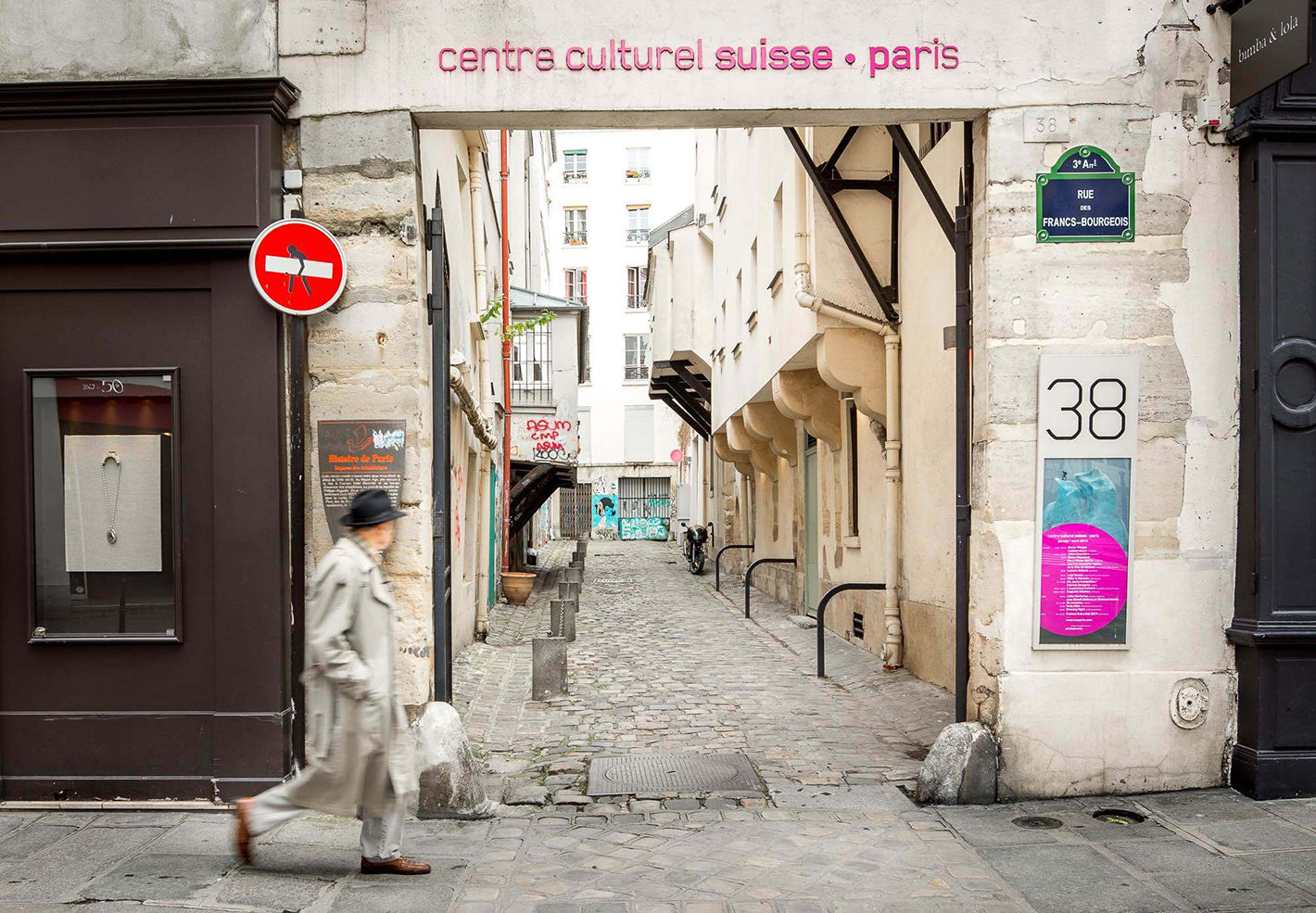 I’m convinced that the closing of the Swiss Cultural Center is an opportunity that would allow it to become less centralized and reinforce its links with French cultural networks outside of Paris. This would be especially true during the summer months, when important cultural events are organized across the country.

It’s essential to develop a strong digital presence to increase the Center’s visibility and allow it to continue promoting the Swiss arts scene. Fostering the Center’s presence on digital platforms and publishing a physical version of Phare would help inform the public about its activities, especially during the construction period. 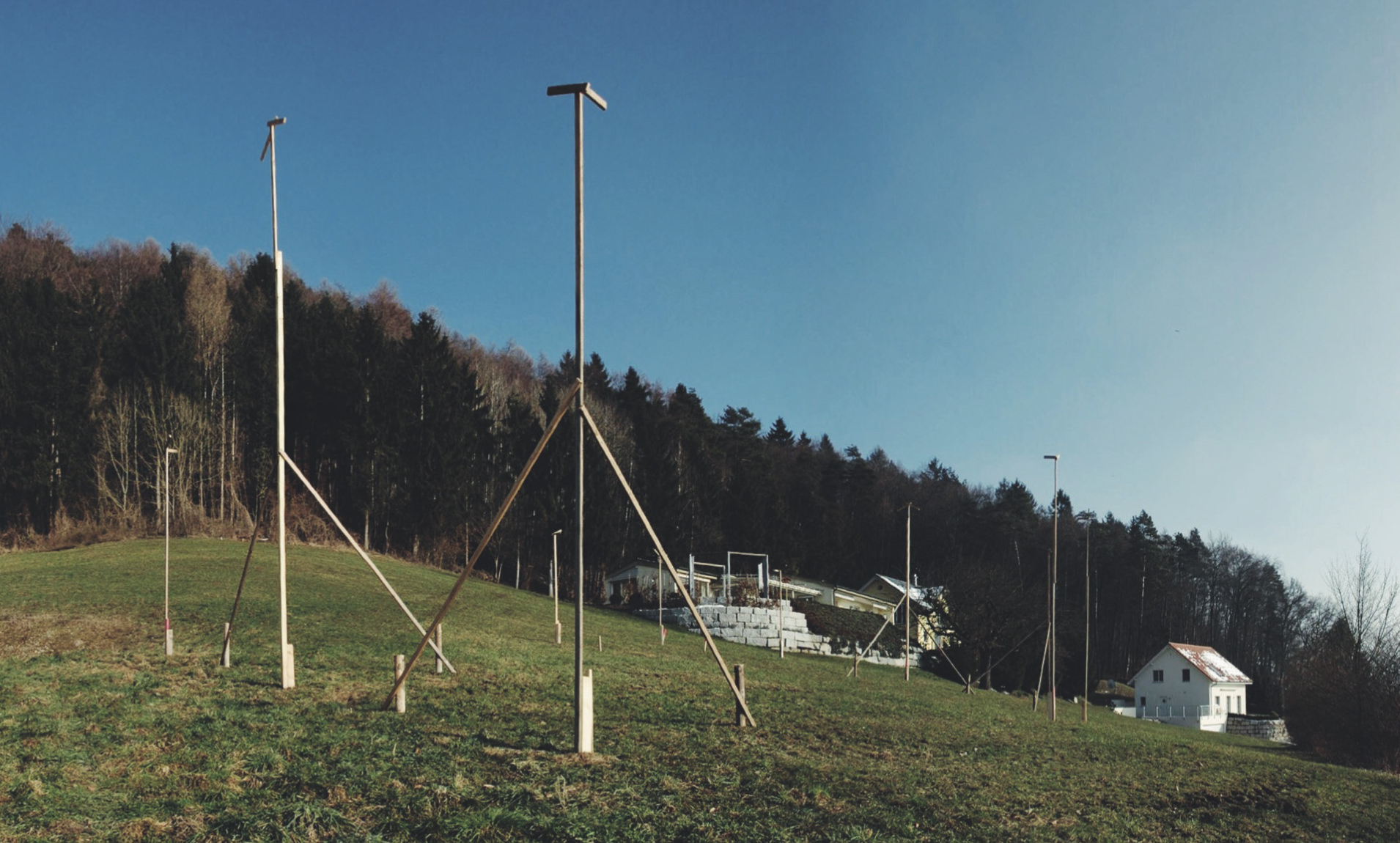 Possible partners: In addition to local festivals and partners, a collaboration with students from the EPFL/ETH could be organized to develop a modular system for using gabarits in various locations.

* The term gabarits refers to the metal stalks that outline the structure of a future building that’s in the process of acquiring a permit. To my knowledge, this element exists only in Switzlerand (in German: Baugespanne, Bauprofile, Bauvisiere or einfache Profile).

For our failed application to direct the Swiss Cultural Center in Paris, some parts were reused in later projects by Random Institute, some were freely appropriated by others for their own programming, and some will remain nuggets of unrealized potential – whether that’s for good or bad reasons remains to be determined.

Just like authors have unpublished novels in their drawers, every curator has exhibition ideas stashed away in secret folders on their MacBook Pro or scribbled into half-empty notebooks. These can range from plans for quiet performances to wild nights out, and everything in between. In an effort to give old ideas new life, Random Institute regularly releases some of these failed projects or unrealized projects online. Some weren’t ripe yet, some were flat-out rejected, and some just didn’t make any sense at all. But each of them brought us new ideas, and we hope they’ll find a home someday or catch some digital flâneur’s eye here on the world wide web.